Why You Need a Himalayan Salt Lamp? 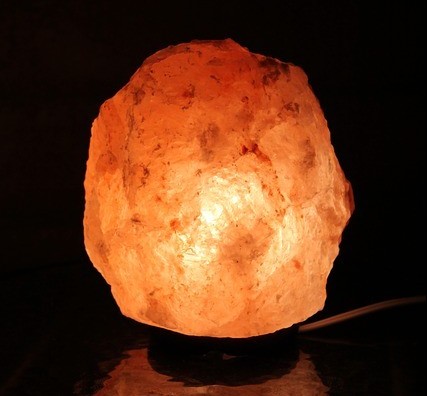 They serve as beautiful interior decorations.

The Himalayan salt lamp also acts as a natural source of light.

Himalayan salt lamps are needed in producing negative ions that help you save from the adverse effects of positive ions created by the regular appliances like TV, tablets, computers, etc. You should keep this salt lamp in your home because they also help in decorating your home because of finding them in different shapes. 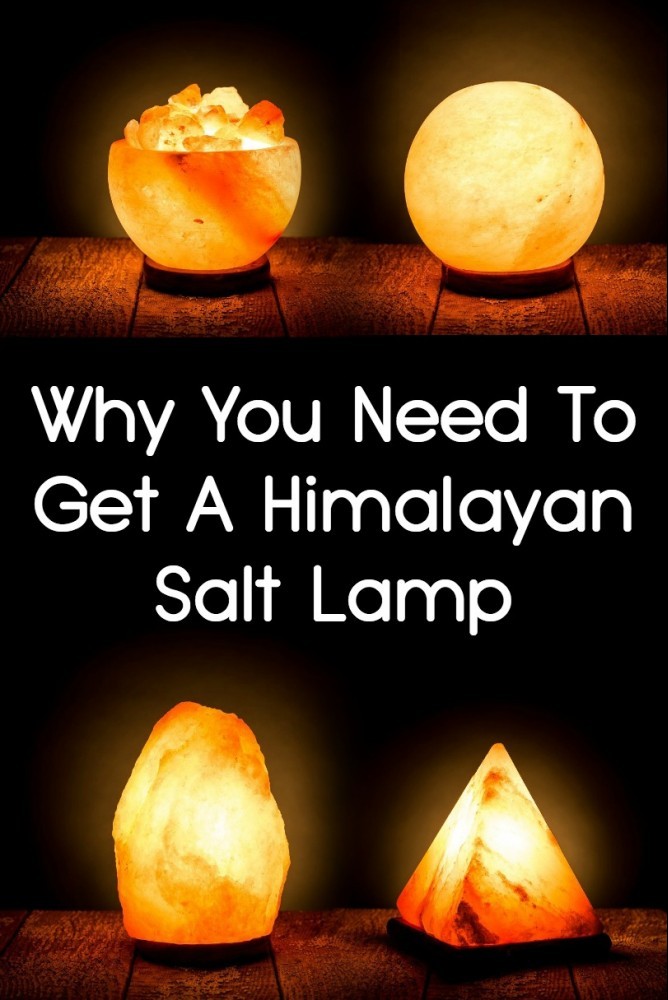 A light source inside the lamps combined with, the chunks of salt produce negative ions that help in yielding positive effects on indoor air. Many health and environmental benefits can be taken by placing a Himalayan salt lamp in every room of the home. They are very beneficial for the home.

What does a Himalayan salt lamp do? 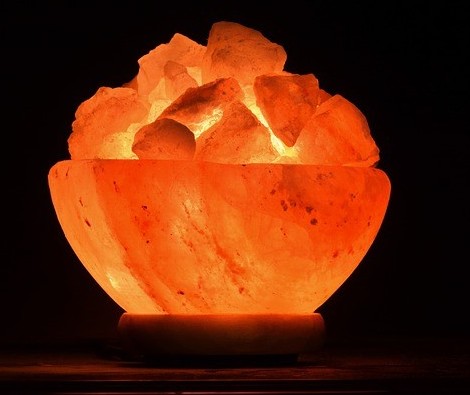 Salt lamps provide health benefits because they are natural ionizers, which means that they change the electrical charge of the circulating air. When alterations occur in the atmosphere, they are produced naturally in the air. For instance storms, natural radioactivity, waterfalls, waves, and heat all produce air ions.

What are the health benefits?

The following benefits will make it clear why you need a Himalayan salt lamp. Here we go!

Himalayan pink salt lamps help in cleaning the air through an operation called hygroscope, by which contaminated water molecules from the immediate environment are attracted and absorbed, and locks them into the salt crystal. The process has the amazing ability to remove other contaminants from the air and cigarette smoke and dust. They cleanse, deodorize, and purify the air. Salty air acts as an overall health booster and helps in clearing the air passages.

Dust, mold, mildew, and pet dander from indoor air are believed to be filtered by Himalayan salt lamps. Salt is used by nasal saline spray to clear airways, and they also help in relieving allergy symptoms of all kinds. Himalayan salt has benefits for those who struggle with asthma. It is an effective breathing aid that is certainly produced by manufacturers. Toward sufferers of asthma, bronchitis and other respiratory issues get targeted by Himalayan salt inhalers.

Himalayan salt lamps release negative ions that may protect against airborne germs. In addition to removing contaminants from the air, the Himalayan salt also allows the body to filter the air more effectively in attempting to block any foreign particles from making it into the lungs.

They alleviate coughing and other symptoms. The advancement of coughing, sneezing, sore throats and other minor symptoms of the common cold are prevented by this salt.

Negative ions that are emitted by Himalayan salt lamps accelerate blood flow. These salt lamps help in boosting blood flow. Several disorders of the vascular system are improved by this boost and prevent certain damage to the lungs.

Stress is reduced and overall performance is enhanced by the exposure of negative ions in the air. Blood and oxygen supplies to the brain are increased by the negative ions, which makes Himalayan salt lamps great at improving concentration. The neurotransmitter serotonin is also boosted by this salt, which creates a feeling of happiness.

By increasing serotonin in the brain, negative ions improve mood and energy levels. People suffering from seasonal affective disorder (SAD) and other forms of depression can benefit from Himalayan salt lamps.

If you use the dim light from a Himalayan salt lamp, it can help promote your sleep as compared to the bright light.

As an aid in color therapy chromotherapy, an alternative method of diagnosing and treating a large number of illnesses, Himalayan salt lamps are used. A soft light in hues of ambient orange, yellow and red is produced by this salt that helps with stress, attention deficit disorder, and general relaxation. It is also used to balance physical, spiritual, and emotional energies through the serene light.

Salt lamps are claimed to improve the air quality of the home. More specifically, they are beneficial for people with allergies, asthma or diseases that affect respiratory function, such as cystic fibrosis. In this therapy, by spending time in salt caves due to the presence of salt in the air, people with chronic respiratory conditions get the benefit.

They could be an attractive addition to your home if you like the way they look.

Himalayan salts could help create a relaxing atmosphere to help you unwind.

Using dim lights in the evening can help you get to sleep faster, especially if you struggle to sleep. 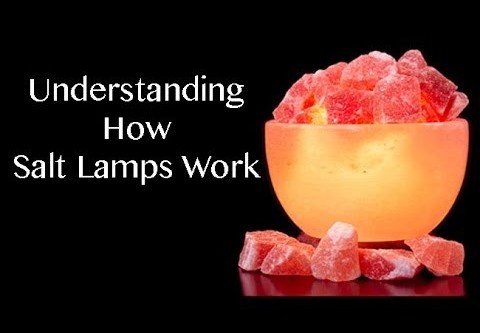 Yes, there is a claim that Himalayan salts produce negative ions that directly improve health. According to a study in the journal BMC Psychiatry along with several studies, it was found that negative air ionization does not affect anxiety, mood, or sleep. However, the studies also document that it does help in reducing depressive symptoms with higher levels of impact from higher concentrations of negative ionization.

The analysis also shows that there is a slight improvement in seasonal affective disorder, even with lower ion concentrations. The effect explains that the sun’s stronger rays in the summer produce more negative ions than during the winter

A few studies have shown the modest and equivocal effects of negative ionization. A study published in the Journal of Human Ergonomics also found that negative ions could have a slight effect on people’s circadian rhythms. The strongest evidence that supports any benefit of negative ions is that it is an antibacterial agent.

Barring any accidents, a Himalayan salt lamp can last forever. Its crystalline form is more than 250 million years old. With this, you can expect it to last for decades. It will not shrink or melt when your salt lamp sweats.

It absorbs moisture and water from the air, especially when it is left in humid surroundings because it is a chunk of salt. You should not worry about your crystal lamp dissolving or melting. The only thing that can destroy or meltdown a salt lamp is when you dunk it in water or drop it from a height because in that case, it would break.

Its electrical parts are a different matter, especially light bulbs. The good news about the Himalayan Salt lamp is that they can easily be bought online at a very nominal cost. A Himalayan salt block is exclusively made to last longer than a regularly used one for cooking. Some salt blocks can develop cracks over time but they can still be used for cooking and grilling.

A salt block will lighten over time and gets thinner whatever use it receives. You would have gotten your money’s worth because this will take a very long time though.

A Himalayan salt lamp is an integral part of the modern home setting. Himalayan salt lamps are easy to take care of and it is easy to clean your dishes or wash your clothes. It requires minimal effort or tools and is not difficult. In reality, before you know how long you can leave a salt lamp on, you need to understand how a salt lamp works.

How Does It Work? 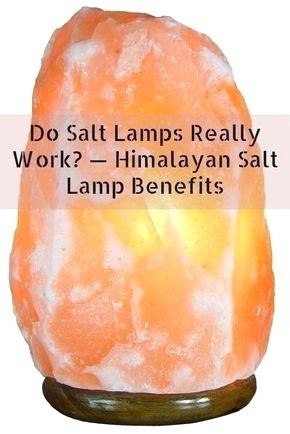 Salt lamps are peculiar as the bulbs inside interact with the shade that covers it. This is Himalayan rock salt. When you turn on the lamp, heat emanating from the light bulb would interact with the inner layer of the rock salt. It effectively makes your lamp a natural ionizer that with this interaction stimulates the ions in the air.

Should I leave my Himalayan salt lamp on all the time? 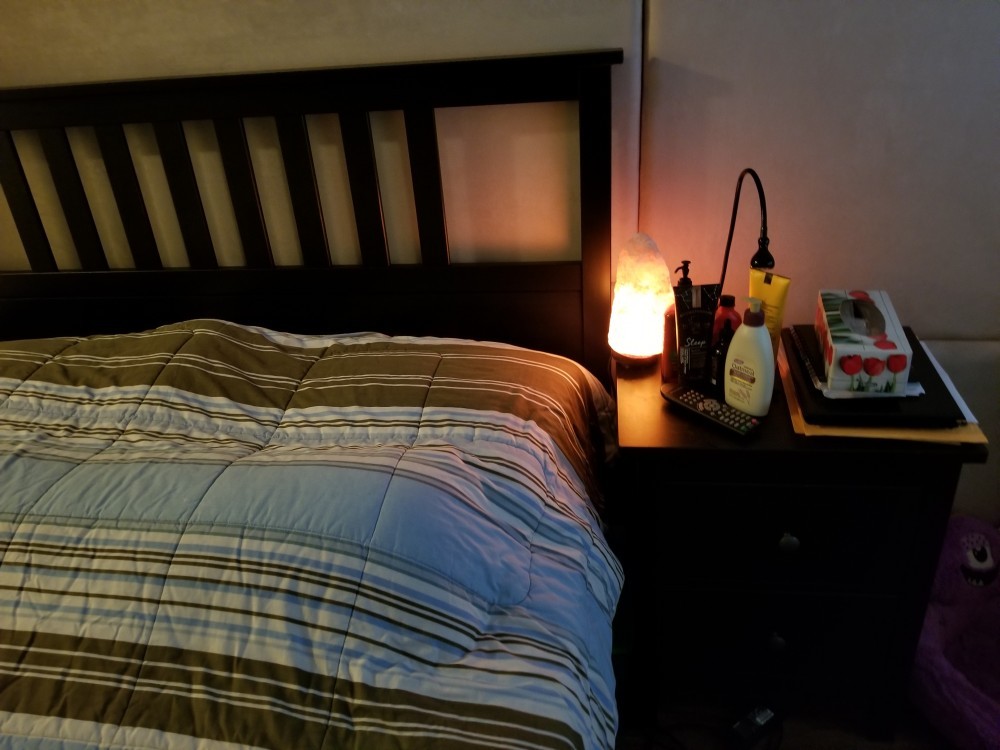 The answer is yes!

You can keep the Himalayan lamp on for a long time. Small, low-wattage bulbs are present in Himalayan salt lamps so there is no problem if you leave them on in terms of your electricity bill. The lamp does not get hot; it only warms up a little because there is a low-wattage bulb. There is no risk of the lamp over-heating by leaving it on too long. 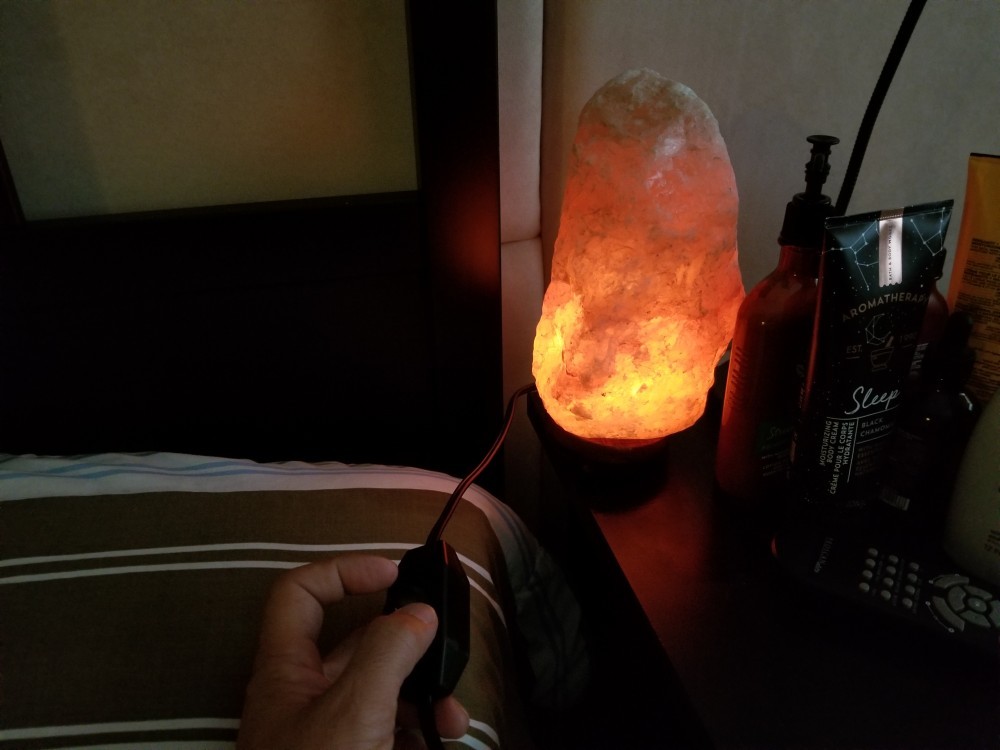 The bulb inside the lamp warms up the salt slightly, which encourages the process by which the lamp takes positive ions and free radicals and impurities out of the air. This releases negatively ionized water vapors in return. It is said that you can get the best sleep in darkness. What about these lamps regarding sleeping?

The brain’s blood and oxygen supply are reduced by the positive ions overexposure that is created by everyday appliances such as televisions, cell phones, computers, and tablets.

They have adverse effects that can lead to irregular sleeping patterns. The reverse of this effect is done by the negative ions from a Himalayan salt lamp that makes them a popular sleep aid. Also, in direct relation to chromotherapy, people who suffer from insomnia the soothing light can help them.

Using dim light from a Himalayan salt lamp can help in promoting sleepiness toward the end of the day if you use it to replace bright electric lights. A bright light before bed can delay the production of the sleep hormone melatonin.

Himalayan salt lamps overall are good for your home. These salt lamps host an array of health and environmental benefits that make them very beneficial. The lamps have many benefits like they balance the electromagnetic radiation, enhance overall breathing, cleanse, deodorize, and purify the air and also they calm allergies and reduce asthma. They are also used in alleviating coughing and other symptoms.